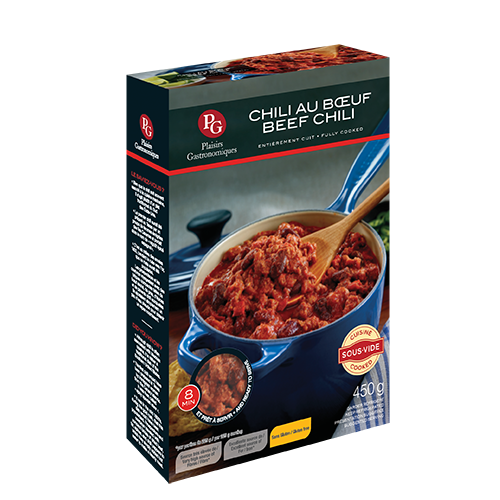 This classic chili con carne made with beef, vegetables and red kidney beans is generous, nutritious and perfectly spiced. Easy to prepare, it will end up on your table as quickly as it will disappear from everybody's plate!

Cooking times may vary depending on the appliance used.
If frozen, thaw in refrigerator before heating.

Place bag in a properly sized pot and cover with cold water. Bring water to a low boil and heat for 8-10 minutes. Remove contents from bag and serve. Caution: contents will be hot!

Pour contents into a microwave-safe dish. To prevent splashing, place a paper towel on top of dish without making contact with the chili. Heat on high power for 2-3 minutes. Stir halfway through heating.

Keep refrigerated.
Can be frozen.

If product is frozen, thaw in refrigerator before heating. 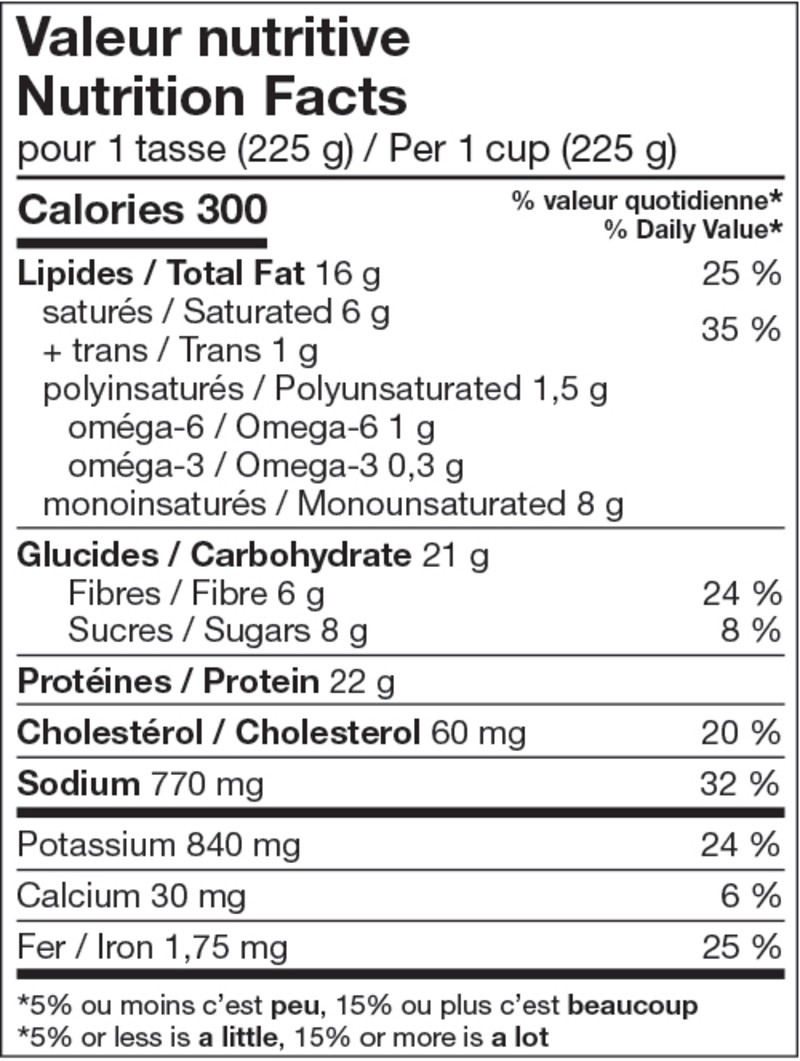 Top your chili bowl with grated cheese, sour cream, sliced jalapeño peppers, chopped tomatoes, fresh cilantro, scallions, or corn chips. It may also be used as a filling for tacos, burritos, or baked potatoes. Pour it on nachos, or simply serve it over rice.

Although chili is often associated with Mexican cuisine, it is rather a traditional dish of the southern United States.

The first batch of chili would have been prepared in Texas by immigrant woman from the Canary Islands. It was then called "spicy Spanich stew".

It was in the mid 1800's, during the Gold Rush, that this dish would have been popularized. Prospectors and cowboys traveled with compact bricks of dried beef, fat, spices and chili peppers to which they simply added hot water to make a hearty meal.

Chili has its own official competition, the World Championship Chili Cookoff, organized by the International Chili Society since 1967.